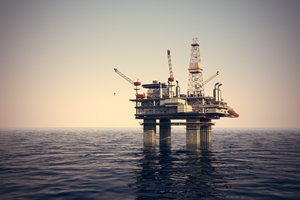 Although much smaller than other mining operations like iron ore, gas has continued to grow its presence in Australia, thanks to an increasing number of projects in the pipeline.

Australia is currently home to three major gas facilities but this number is set to increase rapidly, with another seven expected to come online by 2017. This massive increase in capacity is set to make the country a much bigger player in the global natural gas industry.

These new projects will add 61.5 million tonnes per year (tpy) to Australia’s gas production, which currently sits at 24.2 million tpy. This forecast growth represents over half of global gas capacity currently under construction or planning, with a combined budget of $200 billion.

All ten of these projects are located in gas fields across the north of Australia, stretching from the northern half of Western Australia to the Coast of Queensland.

Part of the reason Australia is so appealing for gas production is that the country is so close to Asian markets which are driving global demand for gas imports. Japan, China and South Korea are the three top destinations for Australian gas exports.

Thanks to the closeness of Australia’s gas fields to Asian consumers, the country has a strong price advantage over other suppliers. Australian gas fields also do not face the same security problems which affect supplies from the Middle East and Russia.

Growth in the gas industry an opportunity for apprentices

With such strong growth in the gas industry, it is still worthwhile considering an apprenticeship which will lead to a career in the oil and gas industry. Many skills are in high demand for gas projects, especially for trades like welding. These skills will be useful both in the original project construction and the ongoing maintenance of Australia’s natural gas facilities.

The gas industry also has a strong reputation for encouraging indigenous employment in areas like North and West Queensland, providing further opportunities for those looking to take up a trade and make the most of growing gas exports.