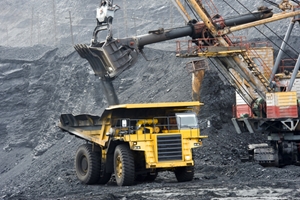 The Abbot Point expansion will create thousands of jobs in Queensland.

A port expansion project at Abbot Point could be set to generate job opportunities for thousands of people across Queensland, according to a key industry body.

The Queensland Resources Council (QRC) welcomed the news that the federal government has given environmental approval to upgrade the facility. The decision could also have a positive impact on the future development of various rail- and coal-based initiatives scheduled for the Galilee basin.

QRC Chief Executive Michael Roche said the Commonwealth’s green light after an extensive environmental assessment and public consultation will result in thousands of news jobs in Queensland. He added that the port will become a key trade route between the state and India, where coal demand is high.

“The port expansion … will create hundreds of jobs during construction, as part of the estimated 5,000 construction jobs for the Adani mine, rail and port projects, as well as thousands of operational jobs thereafter,” he explained.

According to Mr Roche, the development will come as especially good news to the residents of regional communities in Mackay, Townsville and Bowen. These areas have been particularly hard hit by the slowdown in Australia’s resources sector over the last few years.

Many apprenticeships and traineeships across Queensland could also receive a boost, as resources companies up and down the supply chain search for qualified candidates to fill skills gaps in their departments.

Abbot Point a boon for jobs

The federal government provided approval for the environmental impact statement in December, although state government agencies must still give the go-ahead for onshore construction and dredging operations. These decisions are expected early this year, and Queensland Development Minister Dr Anthony Lynham has already hinted at ministers’ optimism regarding the project.

“The approval is another milestone towards realising the jobs and economic benefits that developing the Galilee Basin could bring to Queensland, while continuing to protect the Great Barrier Reef,” he stated.

However, the federal government outlined 29 conditions the Abbot Point expansion must meet to commence development. These include requirements relating to the management, reporting and monitoring of capacity at the facility.

Abbot Point’s throughput will more than double following the changes, from 50 million tonnes to 120 million tonnes per year. The project includes a new coal terminal that will support the Adani Carmichael mine.

“The expansion of the Port of Abbot Point is vital if Australia is to become the world’s leading coal exporter by 2020,” Mr Roche stated.