The Weirdest Ways To Quit Your Job (And Are They Legal?) 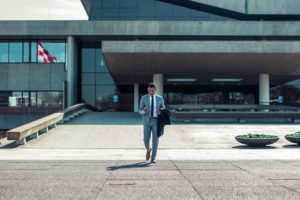 The Weirdest Ways To Quit Your Job (And Are They Legal?)

We’ve all heard stories of weird ways people have quit their jobs and chuckled a little at the theatrics of it all. Think of the woman who quit via interpretive dance or the one who sent her notice via cake; these actions are the ultimate symbols of pettiness that make up the dreams of disgruntled employees – or the nightmares of HR teams. Whether or not you’ve seen such a dramatic resignation in purpose, or considered it for yourself, it raises the question- are these legal ways to quit your job? The reality is, often these performances are big on theatrics but have little to offer in terms of actual legality.

What makes a resignation legal?

When an employee resigns, they must provide the minimum period of notice as laid out in their employment contract or award. Once notice has been given, employers can let employees work through the period, tell them to leave early and pay them in lieu or a combination of both. Casual employees, seasonal workers and other workers on a fixed-term contract are not required to provide notice.

While employers can technically accept an employee’s resignation verbally, it is a good idea to get this in writing to avoid any misunderstanding or possible court proceedings. This written notice should also be signed. If an employee is quitting over the phone, their identity should be verified by asking identification details known only by them. If verbal notice is given at the workplace, it is a good idea to have a witness present.

Some of the weirdest resignations we could find

Quitting through the song “Ice Ice Baby” is a bold move, though it seems to have paid off with customers cheering on and five seconds of internet fame. Hilarious but not legal – it needs to be in writing and with enough notice given before he can walk off.

With a picture of a dinosaur

It’s a great drawing, to be honest, and it leaves you hopeful that they’ve quit to pursue more creative endeavours. They even have their resignation in writing and given adequate notice, too. For this to be legitimate the rest of the letter needs to have their name and signature.

Have your cake and eat it too

This one is actually quite thoughtful but while it may seem to be technically above board with a written notice, the nature of cakes and their tendency to be eaten means that the evidence is bound to disappear, so supplementary evidence will be helpful here.

Writing a letter of resignation on toilet paper actually counts as a perfectly legal way to quit however, the pettiness that comes from all the other information on the page (namely the drawing of a toilet bowl), might not be well received by the employer and it’s never wise to burn your bridges.

We’ll do it live

Countless employees have used a live broadcast to announce their resignations. While employers might not appreciate such a stunt, or their live steam being derailed like this, as long as it’s followed up by a formal letter, it’s legal.