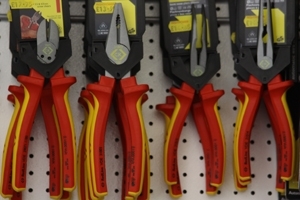 The new Bunnings Warehouse in West Ipswich is expected to create more than 200 jobs upon completion in 2014.

Work has already begun on the anticipated West Ipswich branch of Bunnings Warehouse, with construction starting in late April.

The Queensland Times reports that the project is expected to create 390 jobs during construction, presenting opportunities for apprenticeships in Ipswich.

The $46 million Bunnings will provide over 200 jobs once it’s completed, with the tools and hardware warehouse expected to open early next year.

Australia’s ADCO Constructions were appointed the builders of the warehouse, with the company known for working on projects such as the Gold Coast Airport redevelopment, the Robina Town Centre Myer and the Port of Brisbane office.

West Ipswich residents will have access to a large number of tools and equipment for all areas of the home covering bathroom and kitchen needs, flooring, lighting and electrical, outdoor living, hardware, DIY essentials, garden, paint, building tools, window furnishing and more.

Mr Davis said via the Queensland Times that customers will also benefit from a tool shop, and features such as a special orders desk and a cafe.