What is the payroll rebate for apprentices and trainees? 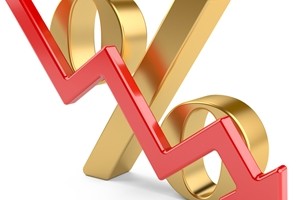 The payroll tax rebate has allowed firms to reinvest millions of dollars.

Hiring apprentices and trainees can bring significant benefits to your organisation, and there are many incentives available to offset some of the costs associated with these type of arrangements.

One of the most popular schemes that the Queensland government has introduced is the payroll tax rebate, which was launched last year and led to a rise in businesses employing apprentices and trainees.

Wanting to employ an apprentice or trainee?

This is a FREE Recruitment Service and we will find the right person for your business.

The initiative enables eligible employers to receive a 50 per cent payroll tax rebate when they take on apprentices or trainees, with the amount having increased from the 25 per cent offered when the incentive was first announced.

Premier Annastacia Palaszczuk said the decision to double the rebate made the prospect of hiring apprentices and trainees even more attractive.

“While apprentice and trainee wages are generally exempt from payroll tax, employers can claim the rebate based on the total exempt wages bill of any new apprentices or trainees they employ,” she explained in July this year.

“For some businesses, this incentive could make the difference between hiring or not hiring a young person and giving them a start to their career.”

Figures from the Queensland government showed 2,400 organisations in the state claimed the original rebate, and the increased incentive is expected to be even more popular.

Approximately $7 million was paid out on the scheme, enabling businesses to reinvest the money in growing their operations.

The 50 per cent rebate will be available for a 12-month period backdated to July 1 2016. The state government confirmed that the scheme applies to all apprentices and trainees, even those hired under last year’s payroll tax rebate incentive.

Treasurer Curtis Pitt said the rebate provides businesses with between $500 and $1,000 a year per apprentice or trainee they hire.

To find out more about how the scheme works, please click here.