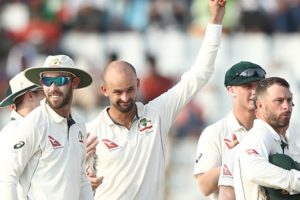 There’s no doubt that completing an apprenticeship can lead to a successful career. Take a look at these famous Aussies, who have completed a VET qualification and have gone on to do big things.

Celebrity chef Matt Moran is now a household name and started his career by studying Commercial Cookery at TAFE. Although nowadays he is a regular on shows like Masterchef Australia, his foodie career began over 30 years ago as an apprentice at La Belle Helene, one of Sydney’s best restaurants at the time.

Another famous face who started with an apprenticeship was The Block host, Scott Cam. He completed a carpentry apprenticeship at his brother’s business then spent the next five years travelling around Australia; working at cattle stations, doing carpentry jobs and building boats. After returning to Sydney and starting his own business, he was approached for a screen test; starting his career in television.

The skills and knowledge in carpentry that Scott learnt through his apprenticeship assisted him in the creation of his TV persona and he has gone on win a Gold Logie for Most Popular Personality on Australian Television.

Jamie is not just a TV presenter, he also has a qualification in Horticulture & Landscape Design (Certificate IV). He has hosted more than 50 design shows around the world and has become a household name thanks to appearances on home shows such as The Block and Backyard Blitz.

After finishing school, Nathan decided on a career as a greenskeeper and undertook his apprenticeship in Horticulture (Turf) at Manuka Oval in Canberra while continuing his junior cricket career.

Although he is now Australia’s greatest ever off spinner, Nathan places huge value on his apprenticeship and is an advocate for the different opportunities his qualification has allowed him and the transferable skills he has gained.

Chelsea is an Australian rules footballer playing for the Adelaide Football Club in the AFLW competition. She is also a firm advocate for vocational pathways and has undertaken traineeships in business and fitness (Certificate III Business and Certificate IV Fitness).
Chelsea has won the AFLW Player’s Most Valuable Player Award in 2017, and its Most Courageous Award in both 2017 and 2018. In 2018 she was named the captain of the AFLW all-Australian team.

Larissa Crummer is a national football player and named in the Matildas squad, representing Australia at international tournaments. However, before pursuing her professional football career Larissa began a plumbing apprenticeship.

Jack Steele is an AFL player who completed a traineeship and now has a Certificate III in Sport and Recreation.

At 17, Tim started his auto electrical apprenticeship and went on to become the sales and marketing director of a leading electronics importer.
His career has taken a turn and he is now an award-winning journalist with over 20 years’ experience in television and radio broadcasting.

Kody completed her Certificate II in Engineering Mechanical Trade in 2012. She is now a qualified Diesel Fitter and thrives in both this industry and on the football field, becoming a member of the Australia Jillaroos in 2015. She is also continuing her studies and her success; undertaking a Bachelor of Sports Exercise Science and winning the Rugby League Players Association 2018 Academic Player of the Year Award and the Player’s Champion Award.

Alan completed a Certificate III in Automotive Mechanical Technology (Light Vehicle) through the Canberra Institute of Technology, part-time while starring for the Raiders across a career that spanned 12 years and 220 matches in the NRL.