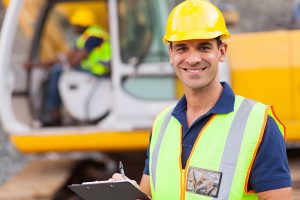 According to the figures released by the Australian Bureau of Statistics (ABS) today, there was an increase of 27,900 jobs from June to July 2017. None the less, this increase came at a cost of losing 20,300 full-time jobs.

BUSY At Work Managing Director, Paul Miles said while the growth in July’s employment was encouraging he emphasised that full time employment was the keystone for sustainability.

“Full-time employment is the underpinning source for Australia’s sustainable work-force and in order to build a sustainable workforce we need to safeguard the future of our youth.

“Full time employment such as apprenticeships and traineeships provide security for both the employer and the employee,” Mr Miles said.

“Full-time employment has now increased by around 220,000 persons since September 2016, and makes up the majority of the 250,000 person increase in employment over the period,” Chief Economist for the ABS, Bruce Hockman, said.

The Australian Government and the State Government currently have some enticing incentives available aimed to decrease unemployment and help small to medium size businesses.

“Financial incentives are available for businesses willing to take on young people aged between 15 and 25 plus people other job seekers who have been out of work for over twelve months.

“It’s important to consider that there are often very valid reasons for someone to be unemployed for over 12 months and that doesn’t’ mean they’re incapable of providing a valuable contribution to their employee, given the opportunity to get back into the workforce.

“The government recognises that some training may be needed in order for a new employee or someone that has been out of work for a while to get up to speed and this is one of the reasons these incentives are available,” said Mr Miles.

Employment Minister Grace Grace also urges businesses to hire job seekers and put themselves in line for support payments of up to $20,000 under the State Government’s expanded Back to Work jobs program.

“Over 6,000 regional Queenslanders are now back at work thanks to this great program and I want to encourage South East Queensland (SEQ) employers to get on board now,” Employment Minister Grace Grace said.

“Employers in regional Queensland have really embraced this program and we are confident south east Queensland businesses will do the same,” Employment Minister Grace Grace said.

For further information about the ABS figures visit: www.abs.gov.au or the Back to Work ‘Youth Boost’ scheme.

Source:
More details are in the July 2017 issue of Labour Force, Australia (cat. no. 6202.0). In addition, further information, including regional labour market information, can be found in the upcoming July 2017 issue of Labour Force, Australia, Detailed – Electronic Delivery (cat. no. 6291.0.55.001), due for release on 24 August 2017.
These publications are available for free download (after release) from the ABS website: http://www.abs.gov.au.
http://www.abc.net.au/news/2017-08-17/unemployment-jobs-data-abs-july-2017/8816206
https://backtowork.initiatives.qld.gov.au/south-east-queensland/
http://statements.qld.gov.au/Statement/2017/6/20/20000-back-to-work-payments-in-store-for-gold-coast-employers