October’s unemployment rate rose to 5.2% (up 0.6 percentage points) with the economy shedding 43,600 jobs and the participation rate for unemployed rising 0.1%, largely due to lockdowns ending and an increase in people actively looking for work. 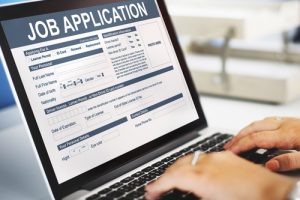 Since June 2021, this has been the first increase in the participation rate and reflects a large increase in unemployment (82,000 people). The 5.2 per cent unemployment rate is back where it had been before the Delta variant outbreaks and the extensive lockdowns in Victoria and New South Wales.

Bjorn Jarvis, head of labour statistics at the ABS, said the latest data covered the period from 26 September to 9 October. This included school holidays and some early changes to restrictions associated with the Delta lockdowns, particularly in New South Wales, ahead of larger changes from mid-October.

“As we’ve seen throughout the pandemic, the changes in the labour markets with lockdowns continued to have a large influence on the national figures, Mr Jarvis said.

“It may seem counterintuitive for unemployment to rise as conditions are about to improve,” Jarvis said. “However, this shows how unusual lockdowns are, compared with other economic shocks, in how they limit being able to work and look for work.”

For New South Wales, early recovery was seen with their participation rate in October increasing by 0.8%  and their labour force increasing by around 57,000 people, although this was still 218,000 people lower than in May.

Victoria’s unemployment increased by 29,000 people and employment fell by a further 50,000, with their labour force total 113,000 people lower than in May.

Unemployment also increased in Queensland, South Australia and Tasmania, but fell in Western Australia and the Northern Territory.

Paul Miles, Managing Director for BUSY At Work, said, “While these figures don’t look great, they show that there is now a lot of people actively seeking work since coming out of lockdown. There are opportunities leading up to the Christmas and tourist season for Australians to support our domestic market by spending locally.

“Businesses can still tap into Government incentives as well, particularly the Boosting Apprenticeships Commencement, which offers a twelve month 50% wage subsidy. This subsidy has also been extended under the Completing Apprenticeship Commencements wage incentives for the second (10%) and third year (5%) of an apprentices wage. We encourage businesses to act fast as they will need to sign up before 31st March 2022.”

More information regarding the latest ABS figures can be found at https://www.abs.gov.au/statistics/labour/employment-and-unemployment/labour-force-australia/latest-release#key-statistics

More information on BUSY At Work and wage subsidy support for businesses can be found at https://www.busyatwork.com.au/stimulus-package-employers/