Recently released labour force figures for the month of May indicate no change in the unemployment rate for April which remains at 3.9 percent (after March’s initial rate of 4.0% was dropped to 3.9%) and continues the year’s trend in being the lowest unemployment rate since 2008. 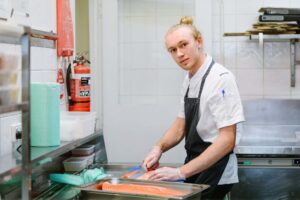 Male unemployment rate fell by 0.2 percentage points to 4.0 per cent, its lowest level since October 2008 and females remained at 3.7 per cent for a second month, the lowest it has been since May 1974.

While some economists had predicted staff roles would have increased by a net 30,000 for the month of April, this was markedly less at around 4,000 jobs in a month, largely attributed to the disruption of the Easter holiday break.

According to Jarvis, with the flood events easing in NSW and Queensland, the number of people impacted and working fewer hours due to the disruption dropped from more than 500,000 to 70,000. This was balanced out though with the rising case numbers of Covid-19 in April with sick leave impacting on hours worked.

“Around 740,000 people worked reduced hours in April because of illness, almost double what we usually saw in April before the pandemic,” he said. “Of these people, around 340,000 worked no hours, which was around triple what we would usually see.”

Across Australia, Western Australia’s unemployment was the lowest at 2.9%, down from 3.4% in March and now beating the ACT as the best performing region. Canberra’s rate of 3.1% unemployed was down from March’s 3.4%.

In the highest populated states of NSW, unemployment was down to 3.5% (from 3.9%), while Victoria’s unemployment rate rose to 4.2% (up from 4.0%). Queensland and South Australia were equally 4.5%, and the biggest unemployment drop was seen in Tasmania which dropped from 4.5% to 3.8%. The Northern Territory remained unchanged at 4.1%.

The labour market figures are the last major data to drop before the federal election on Saturday.

Managing Director for The BUSY Group, Paul Miles, stated: “It is pleasing to see the job market remaining stable and there are strong career path opportunities for job seekers in Australia with employers keen to take on apprentices or trainees and not just in the trade industries. Businesses continue to take advantage of the Australian Government’s 50% wage subsidy which is due to end June 30, to boost the skills needed in their workplace and for their industry”.