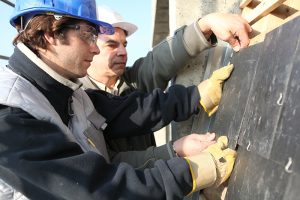 Australia’s unemployment rate dropped to 5.5 per cent and more than 40,000 jobs were created in May 2017, according to figures released by the Australian Bureau of Statistics (ABS) today.

The seasonally adjusted unemployment rate decreased by 0.2 percentage points in May 2017 to 5.5 per cent and the labour force participation rate increased slightly to 64.9 per cent.

The quarterly underemployment rate decreased by 0.1 percentage points to 8.8 per cent.

“The underemployment* rate is an important indicator of the spare capacity of workers in Australia, and has risen for the sixth consecutive quarter to a historical high of 8.8 per cent,” said Chief Economist for the ABS, Bruce Hockman.

BUSY At Work CEO Paul Miles said it was refreshing to see growth in full-time employment.

“This increase in full-time employment indicates an improvement in business confidence and we are hopeful that this trend will continue.

“The recent budget announcements by the federal and Queensland state governments have a big push on jobs and apprenticeships.

“This includes some excellent incentives to support businesses and encourage them to grow through employing full-time apprentices and trainees.

These incentives include the Back to Work program and a $20,000 Youth Boost payment which is paid direct to eligible employers,” said Mr Miles.

The federal budget included tax incentives and the introduction of the National Partnerships Skilling Australia Fund. The fund will provide $1.5 billion, aimed to deliver an additional 300,000 apprentices and trainees over the next four years.

The Queensland state budget incorporates a range of measures designed to support businesses and further stimulate the economy. This includes the extension of the payroll tax rebate for businesses employing apprentices and trainees. This initiative sees a doubling (from 25 per cent to 50 per cent) of the payroll tax rebate continue until 30 June 2018.

*Underemployed: A situation in which a worker is employed, but not in the desired capacity, whether in terms of compensation, hours, or level of skill and experience. While not technically unemployed, the underemployed are often competing for available jobs.