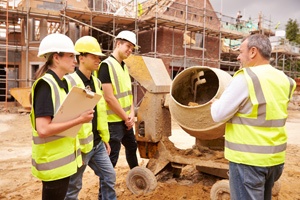 Labour force figures released yesterday by Australian Bureau of Statistics (ABS) show that seasonally adjusted employment increased by 17,900 in May, to stand at a record high of 11,930,700, and is now 224,800 (or 1.9 per cent) higher than the level recorded a year ago and above the decade average rate, of 1.7 per cent.

According to the latest apprentice and trainee data published by the National Centre for Vocational Education Research (NCVER), 171,200 people started apprenticeships and traineeships in 2015 a decrease of 10.1% than in 2014. However trade commencements showed signs of stabilising at year’s end.

BUSY At Work CEO, Paul Miles, said it was concerning to see the decrease in the apprenticeship and traineeship numbers however positive to see the starting tradies steadying.

“In order for Australia to build a robust and skilled workforce we need employers to seriously consider taking on an apprentice or trainee.

“The latest NCVER data showing the rise in starting tradies is encouraging and hopefully this will mean a flow on affect to the overall number of apprenticeships and traineeships in the future,” Mr Miles said.