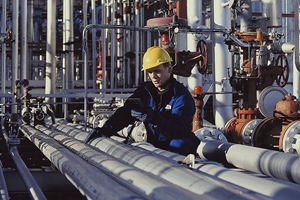 Engineers and apprentices are well positioned for employment opportunities.

Recent figures have revealed that mining, construction and white collar professions are in high demand, with conditions particularly favourable for apprenticeships and tertiary educated Australians.

According to a News Limited report, the federal government’s Aussie Jobs report shows over the next five years, one in every ten jobs created will be in the mining industry – with the sector expected to generate approximately 103,700 positions during that time.

“The level of activity in the sector is still very high. The peak in optimism about mining employment and mining generally was 2011,” Mr Oliver told the media outlet.

And with increased demand for skilled workers, the majority of new jobs are set to go to qualified workers who are university-educated or completing apprenticeships.

“That is precisely why the Gillard government is investing billions in skilling our workforce and encouraging lifelong learning.”

The latest job data comes after the federal government announced last month that it is expanding its multimillion-dollar Kickstart Initiative to include engineering trades.

Employers who take on apprentices in one of nine engineering fields will receive a bigger monetary incentive in a bid to grow Australia’s skilled workforce.