Australian education among the world’s best 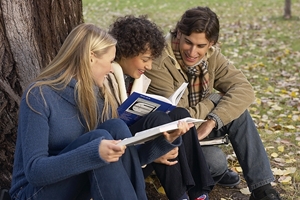 Speaking earlier this week (August 15), Mr Evans said the federal government was committing significant financial assistance to the education sector to achieve its goal of having 40 per cent of young Australians attending university by 2025.

“We are investing an unprecedented $38.8 billion over the next four years to profoundly change the higher education landscape by improving quality teaching and learning facilities and providing greater access to students from all walks of life,” Mr Evans explained.

“In a changing economic world, Australia will need a much bigger pool of higher skilled and better educated workers for the jobs of the future.”

And Wednesday’s (August 15) release of the most recent Academic Ranking of World Universities has placed Australia as a frontrunner in education services.

Mr Evans said the results were outstanding considering the small number of universities in
Australia compared to the US which has 4,495 institutions and the UK with 115.