Can you be asked to do that? Reasonable requests in the workplace and when the line has been crossed 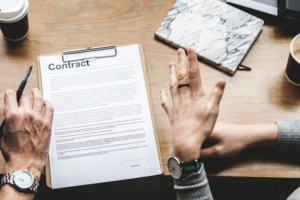 What does the law say?

Under the Fair Work Act and Fair Work Regulations, an employee may be guilty of serious misconduct for failing to carry out a lawful and reasonable instruction that is consistent with their contract of employment.

An employee cannot be expected to follow an employer’s directive if:

– It is unlawful
– It is unreasonable
– It is outside the qualifications, ability or skillset of the employee (e.g. using equipment they are not trained on) or
– Carrying out such a directive would cause serious or imminent risk to the health or safety of the employee or other workers

The lawful aspect of this is straightforward- requests must not require employees to break the law in order to complete a task e.g. driving a company car without a licence.

The reasonableness of the employer’s request will depend upon the circumstances of each individual case.

How do we determine reasonable?

When taking into consideration whether a directive is reasonable, the employer must consider the nature of the employee’s work, the terms of their contract of employment, customary practices and the usual course of dealing between the parties.

According to iHR Australia; determining whether something is reasonable requires taking into account the following:

It’s important to note that whether a task could have been undertaken in a ‘more reasonable’ or ‘more acceptable’ manner is irrelevant.

Other important points to remember are:

– A course of action may still be ‘reasonable action’ even if particular steps are not
– Any ‘unreasonableness’ must arise from the actual management action in question, rather than the worker’s perception of it, and
– Consideration may be given as to whether the management action involved a significant departure from established policies or procedures, and if so, whether the departure was reasonable in the circumstances

At the very least, to be considered reasonable, the action must be lawful and must not be ‘irrational, absurd or ridiculous’

If the management directives are reasonable and lawful and an employee still fails to carry out the task, they can be subject to summary dismissal.

In the case of Powell v Hunter Water Corporation, an employee was given the directive to take his defective work car to be serviced. Ignoring this, he continued to drive to and from jobs for the rest of the day. Because the employer request was a reasonable work direction that concerned the use of the Corporation vehicle, the employee was dismissed.

This is just one example of unreasonable refusal however, there are a variety of ways an employee could rebut a request. In the case of Powell, the employee blatantly refused a reasonable request however, employees may also refute a reasonable directive in other ways such as:

– Fails to perform their inherent role and responsibilities as stated in their employment contract or in accordance with their position description
– Refuses to comply with all or part of a company procedure or policy
– Deliberately ignores or refuses to comply with supervisor instructions
– Refuses to accept a significant change to the workplace introduced by the employer
– Refuses to participate in an independent medical assessment where it is reasonable to do so
– Continues to act in an unreasonable way when told not to (e.g. constantly late to work)