A jobs boom is now occurring with unemployment dropping 0.4% points from November to a December rate of just 4.2% as the pandemic enters a new and very different phase. 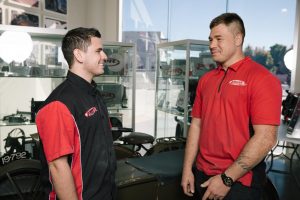 The impact on the economy has led to many employers finding it difficult to source labour and skills, and the recent figures coincide with evidence of businesses, particularly trades, desperately needing staff.

According to the Australian Bureau of Statistics (ABS) latest labour force figures for December, an estimated 64,800 jobs were created between November and December. Economists are now saying that wages are likely to start rising at a faster pace as unemployment and underemployment continue to fall.

Bjorn Jarvis, head of labour statistics at the ABS, said: “The latest data shows further recovery in employment following the large 366,000 increase in November. This provides an indication of the state of the labour market in the first two weeks of December, before the large increase in COVID cases later in the month.

“This is the lowest unemployment rate since August 2008, just before the start of the Global Financial Crisis and Lehman Brothers collapse, when it was 4.0 per cent. This is also close to the lowest unemployment rate in the monthly series – February 2008 – and for a rate below 4.0 we need to look back to the 1970’s when the survey was quarterly,” Mr Jarvis further stated.

Interestingly, two thirds of the estimated 64,800 people finding work were men (42,000 men and 23,000 women). Benefitting also were youth (15 to 24 year olds) who, during the pandemic experienced particularly large impacts. In December though, changes in youth employment (up 38,000) and unemployment (down 32,000) accounted for more than half of the total movements.

Paul Miles, Managing Director of The BUSY Group stated, “As we enter a new phase of the pandemic, it’s an opportune time for job seekers and those looking to make a career change. With employers crying out for staff and skills, particularly in the trades sector, the timing is great for school leavers or people looking to train or re-skill for a career in the trades through an apprenticeship or traineeship.”