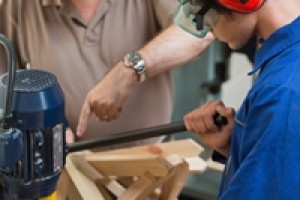 Apprentices looking for opportunities will be hay to hear of the expansion plans in place in Brisbane.

The plans for development in Queensland are in place, but are the opportunities there for apprentices in areas such as Brisbane? It would appear there are plans to increase the number of apprenticeships available in the state.

Not only that, there are a number of companies with plans in place to increase indigenous employment in the sector. Hutchinson Builders is one such example. The construction company has set itself a task of increasing its indigenous construction workforce by four per cent over the next three years. This will also include supporting local indigenous businesses in regional areas as well as remote ones.

Looking at the state’s most populous city for a moment, the City Council’s plans to develop Brisbane will come with increased working opportunities. Initially it will be massively beneficial for apprentices in the construction industries, with a further spread as the urban sprawl develops.

Satisfying a State-wide need for development

The increase in building activity of course will not be solely focused in Brisbane. There will be state-wide developments to satisfy the ever-increasing population. According to the 2015 Queensland Government’s population projections, the population is set to grow significantly in the coming years.

To this extent, the report projects that the State’s population is projected to increase from its population in 2011 of 4.5 million to somewhere between 6.3 and 7.3 million people by 2036. Further down the line, the forecasts for 2061 will see the population rise once more to a figure in the region of 8.0 million and 11.3 million people.

With so many development plans in place, and a growing population to with it, there are ample apprenticeships available in the construction industries in the short-term. In the long-term, there will be significant increases in employment in sectors such as tourism and hospitality.