Is now the time to consider pursuing construction trades qualifications? 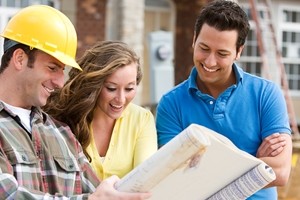 First-time buyers can receive grants, which could boost the housing industry.

The construction industry often faces skills shortages across key trades, which is why apprenticeships are an important tool for many employers in the sector to build up their talent pipeline for the future.

Demand for certain skills could be about to rise even further, after the Queensland government unveiled a $100 million housing construction package that’s expected to support 2,000 tradespeople in the state.

Premier Annastacia Palaszczuk said the initiative would provide a significant boost for the industry, while also delivering 400 new homes across Queensland before June 2017.

“It means millions of dollars will be injected into local economies, including almost $9.5 million into Ipswich, over $21.5 million into Townsville, and $19.4 million for the Gold Coast,” she explained.

IBISWorld noted that Meriton Apartments and BGC Australia are two examples of businesses that are enhancing profits despite difficult business conditions due to their focus on diversification.

“The strength in Queensland’s dwelling sector is likely to continue in 2016-17.”

Meanwhile, Australian Bureau of Statistics (ABS) data showed that the volume of construction work in Queensland increased 2.7 per cent to $9.47 billion in the three months to June this year.

Commenting on the figures, Treasurer Curtis Pitt said: “The ABS noted that recent information on building approvals and the value of housing work yet to be done suggests that the strength in Queensland’s dwelling sector is likely to continue in 2016-17, particularly in medium-to-high density housing.”

The state government has also raised the Queensland First Home Owners Grant in an effort to drive more interest in the housing sector. The move, which was outlined in the State Budget, means first-time buyers could receive up to $20,000 towards the cost of building or purchasing a new home.

If government measures perform as expected, the residential building sector in Queensland could be on the verge of a new period of growth. But do they have workforces with the skills to take advantage?