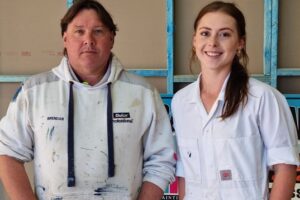 Head of labour statistics at the ABS, Bjorn Jarvis said: “With employment increasing by 18,000 people and unemployment falling by 12,000, the unemployment rate decreased slightly in March, though remained at 4.0 per cent in rounded terms.”

Increasing at a faster rate was women’s participation in the workforce, as indicated in the February figures last month, and largely due to the return to work after Covid, with many women working in the hospitality and care sectors.

The same indicators for youth employment post-Covid are also evident with employment of those aged between 15 and 24 years, increasing by 36,000 in March 2022.

“While young people were particularly impacted early in the pandemic and during the Delta period, we have continued to see strong increases in youth employment over the past year. The youth employment-to-population ratio in March was the highest it had been since August 2008, at 64.8 per cent, and 4.6 percentage points higher than the start of the pandemic,” Mr Jarvis said.

Mr Jarvis further stated: “The fall in hours in March follows falls in payroll jobs and wages over the same period. Like hours, that data can show larger short-term changes than for employment, because employees may be away from paid work for a short period without losing their job.”

The participation rate remained at 66.4 per cent, in rounded terms, which is also on par with the record high in February 2022.

Managing Director for The BUSY Group, Paul Miles, stated: “The recent announcement by the Australian Government to continue investing in vocational skills training through apprenticeships and traineeships has seen businesses employing more apprentices and trainees. This can only benefit Australia in the long run with a stronger, skilled workforce and provide increased opportunities that particularly benefit young people starting in a career, as well as women looking to enter a non-traditional trade.

“For employers, there has never been a better time to put on a new apprentice or trainee in their workplace with 50% wage subsidy savings under the Boosting Apprenticeship Commencements initiative recently extended until June 30 this year”.