Where are the jobs? March labour figures, recently released by the Australian Bureau of Statistics (ABS), continue to show a steady unemployment rate at 5% (up slightly from February rate at 4.9%), with some industries experiencing steady growth and career path prospects. 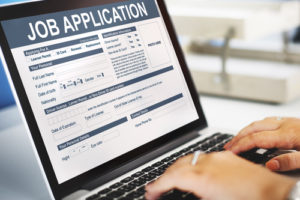 March labour figures, recently released by the Australian Bureau of Statistics (ABS), continue to show a steady unemployment rate at 5%, up slightly from February rate at 4.9%.

The trend monthly underemployment rate also remained steady at 8.2 per cent and decreased by 0.4 percentage points over the year.

Over the past year, the unemployment rate has fallen in all states and territories except for Tasmania, the Northern Territory and South Australia.

The Australian Labour Force Survey indicates that industries contributing the most to employment growth over the past two years are:

Paul Miles, Managing Director at BUSY At Work, stated: “The Australian Government is providing further financial incentives to industry employers experiencing skills shortages, to encourage a stronger, skilled workforce in Australia. The National Skills Needs List has 65 occupations listed, offering incentives for persons undertaking apprenticeships or traineeships in traditional trades roles such as plumbing or hairdressing, as well as roles that may surprise some people, like aircraft maintenance engineer, screen printer or pastry cook”.

“With the average university graduate in Australia taking nearly three or more years to find work in their field after graduating, apprenticeships offer an earn-while-you-learn option with an often seamless entry into permanent work. It makes a lot of sense to look at apprenticeships as an alternative skills and career path”, Paul Miles further stated.

More information regarding apprenticeships and traineeships can be found on the BUSY At Work website.