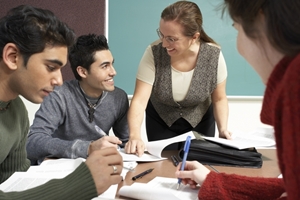 A recent report has revealed that more Australians than ever are taking gap years before attending university.

The survey from the National Centre for Vocational Education Research (NCVER) showed that the number of young Australians taking a gap year had increased by ten per cent in the decade 2000 to 2010.

With 24 per cent of the country’s youth taking a break between their schooling and tertiary studies in the 2009 to 2010 year, the findings also showed that those who took a period of leave were more likely to lag behind non-gap year takers.

NCVER managing director Tom Karmel commented: “When it comes to student outcomes, the research shows that gap-takers can be a year or two behind their non-gap taking peers in terms of earnings, course completion and employment outcomes at age 24, which is expected given they started their studies a bit later.”

The research also showed that those who continued to study were likely to complete a vocational education and training qualification to improve their tertiary entrance rank score (TER).

Out of those that took a gap year 28 per cent worked part-time in youth employment, 23 per cent were employed in full-time work, 10 per cent studied for a non-university qualification and six per cent travelled.

“This research shows that a gap year is not just a year of fun and frivolity, but time many students take to refine their study or career goals and support the next stage of their life,” Mr Karmel explained.