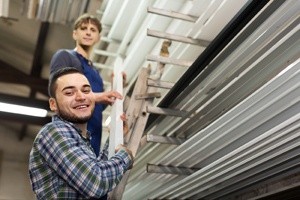 The State Government announced it is doubling an incentive for Queensland businesses to employ apprentices and trainees as part of their drive to create jobs.

Premier Annastacia Palaszczuk said the Government’s scheme offering a 25% payroll tax rebate for employing apprentices or trainees would be doubled to 50%.

“For this financial year any employer in the state with apprentices or trainees on staff will be able to claim a 50% rebate.

“The higher incentive would be available for 12 months backdated to 1 July this year and would also apply to all apprentices and trainees, including those hired under the scheme announced in last year’s State Budget,” said the Premier.

While apprentice and trainee wages are generally exempt from payroll tax, employers can claim the rebate based on the total exempt wages bill of any new apprentices or trainees they employ.

“This incentive will be very attractive to employers and definitely has real potential to improve youth employment figures,” Mr Miles said.

Treasurer Curtis Pitt said more than 2,400 businesses had claimed the original 25% rebate since it was introduced last year, proving its popularity.

“The total value of the rebate until the end of May was almost $7 million, which is $7 million that is able to be reinvested back into those businesses,” Mr Pitt said.

“The doubling of the rebate for hiring apprentices and trainees makes Queensland’s payroll tax system even more attractive.

“Increasing the rebate to 50% doubles the benefit to employers, equating to around $500 to $1,000 per year per apprentice or trainee which again is money that is able to be reinvested into a business.”

The Premier said her Government was determined to boost skills and create jobs, particularly in regional Queensland.

“This gives our young people a greater chance of gaining employment and training and helps unlock the jobs of the future.

“It will help to tackle youth unemployment and allow us to develop a skilled workforce to support economic growth for Queensland in coming years.”

Anyone seeking more information about the Government’s payroll tax rebate for apprentices and trainees should call 1300 300 734.

For more information about the Back to Work Regional Employment Package call 13 QGOV (13 7468).