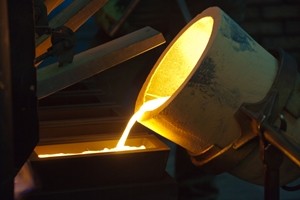 The gold mining in Queensland will see increased activity and job opportunities.

Queensland’s North West Minerals Province, the world’s richest base metal region, will be the object of mineral explorers’ desires as they have been invited to compete to explore the region. This should come as great news for people who are looking for apprenticeship opportunities in the Queensland mining industry.

In a Queensland Government press release, Minister for State Development and Minister for Natural Resources and Mines Dr Anthony Lynham said that the date the tenders open would be Friday the 16th of September. These tenders would open for exploration of 102 square kilometres in the region, with the potential for excavating copper, gold, lead and zinc.

“Queensland is one of the world’s leading destinations for mining and resources investment, and exploration is the first step towards future jobs and regional economic development,” Dr Lynham said.

He went on to further explain that this tender would be a dual first for Queensland, the first land released in the state’s first annual exploration program.

In a positive move for the region’s environment, any tenderer who is successful must ensure that environmental conditions are met. This comes after the Government’s announcement earlier this year that explorers would have a reduction of up to 50 per cent over 2016 and 2017 on any expenditure they would commit under any permits they have for exploration.

Speaking about the environmental responsibilities that will come with successful tenders, Dr Lynham said:

“The successful tenderer will to be required to meet environmental conditions and negotiate land access and compensation agreements with landholders, including any relevant native title, before on-ground exploration can commence.”

No longer resorting to mining for positivity

This announcement from the Government has come at a time when the mining industry as a whole is receiving well-warranted positive coverage. As well as creating job opportunities for new and existing mining workers, the regions in question will see increases in economic growth and exports.

As reported in the Sydney Morning Herald, in a lecture to the Minerals Council of Australia. Former Liberal Treasurer Peter Costello bemoaned the negative press that the industry receives at times. He pointed towards all the positive impacts that the industry has on the region and country as a whole.

The recent announcement that will see international mineral explorers coming to the region will open up great avenues for people looking for mining apprenticeships, and beyond.