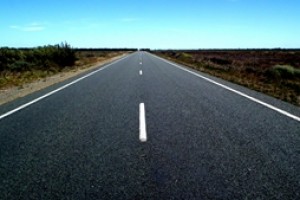 The number of new jobs in Queensland is expected to receive a significant boost over the next four years, with the state government unveiling a huge transport investment package.

Over $18.8 billion will go towards improving Queensland’s roads, rail, public transport and marine infrastructure between now and 2019-20. The Queensland Transport and Road Investment Program, as it is named, will sustain 15,000 jobs during this time.

Deputy Premier and Minister for Transport Jackie Trad said the planned works provide employment security at a time when jobs are extremely important in the state.

“The Palaszczuk government is investing in our state’s roads and public transport network to reduce congestion and improve safety, services and infrastructure for all Queenslanders,” she explained.

Mark Bailey, Minister for Main Roads and Road Safety, said many drivers in Queensland rely heavily on the road network, especially those in rural and regional communities.

“We have significantly increased the 50:50 state/local government Transport Infrastructure Development Scheme funding by $60 million over two years, and brought it forward by a year to provide much needed support for local infrastructure and jobs,” he added.

Mr Bailey also highlighted additional funding for the Marine Infrastructure Fund, which will see an extra $30 million go towards small-scale projects such as jetties, pontoons and boat ramps across the state over the next three years.

The state government announced a number of high-profile initiatives that will receive funding in 2015-16. These included major road projects such as the $175.9 million scheme to widen the Gateway Motorway North to six lanes between Nudgee and Bracken Ridge.

A further $172.1 million will go towards the Toowoomba Second Range Crossing, which is expected to cost $1.6 billion in total to complete. Nearly $1 billion has been set aside for rail network improvements, with almost $305 million being spent on 75 new trains.

The 2018 Gold Coast Commonwealth Games will also receive funding, as $160.7 million will be used to revitalise local road networks over the next three years in anticipation of the sporting event.

Furthermore, over $500 million in joint spending is set to improve road safety in Queensland, while an additional $12 million is being invested in installing flashing lights at 300 schools in the state.

“The Palaszczuk government recognises the importance of a safe and reliable road network and our planned investment will deliver on our election promises and ensure that safety continues to be maintained on the state’s roads,” Mr Bailey concluded.