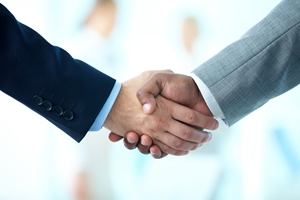 A new act will restore balance between the agriculture and resources industries.

The state government has welcomed the 2014 Regional Planning Interests Act in a move to improve the applications and approval process.

This includes streamlining the assessment phase in mining and gas development across Queensland, in order to boost investment certainty regarding land ownership in the agriculture and resource industries.

“In the past, proposals for resource developments in regional areas created distress and confusion as landholders, resource companies and local governments struggled to cope with unprecedented growth in the resources sector,” Deputy Premier and Minister for State Development, Planning and Infrastructure Jeff Seeney said in a March 20 media release.

“I have watched for years as rural producers felt threatened, resource companies felt constrained and local councils were caught in the crossfire of disputes that needn’t have happened.”

This Act is designed to help resources developments get off the ground, but only after sensible planning and assessment.

“The laws will require a shift in thinking for resource companies and farmers but they are based on planning mechanisms that have been successfully used to resolve land use conflicts in urban settings for years,” said Mr Seeney.

Mr Seeney explained that the new Act will introduce a system of integrated regional planning across Queensland. Similar processes are already in place in Central Queensland and the Darling Downs and a draft initiative has been introduced in other regions – including Cape York.

Once the system has become uniform and integrated, it will enable the resources and agriculture industries to operate more effectively and efficiently across the entire state – a bonus for growing companies and organisations.

“These plans establish the over-arching principles that will apply to consideration of future development in a region and will reflect the vision and wishes of the local community,” revealed Mr Seeney.

Four areas of ‘regional interest’ have been specifically identified by the Act. These include:

Under this new Act, resource developments and other regulated activity must be agreed upon by the landowner or have an official Regional Interest Development Approval granted.

This is encouraging for those seeking apprenticeships in Queensland’s agricultural industry, as businesses in this field may feel more confident to expand their enterprises due to the knowledge their land will be protected.

The Act is expected to “restore the balance of power” between resource companies and rural producers, Mr Seeney concluded.