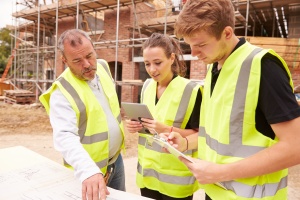 Last week the Minister for Employment, the Hon. Michaelia Cash, announced the labour force statistics for October 2015 show the unemployment rate has fallen from 6.2 per cent to 5.9 per cent in the last month, moving against all market expectations. The data from the Australian Bureau of Statistics also show a further drop in youth unemployment which is now 12.2 per cent, down 1.5 per cent from September 2015.

The fall in unemployment comes from a rise in the number of jobs that have been created and a rise in the number of people who are participating in the work force. 58,600 jobs were added in October to reach a record high of 11,838,200. Of the added jobs, 40,000 were full-time. Likewise, female employment reached a record high of 6,376,600, increasing by 28,100 in October alone.

Unfortunately it is not all good news though as Western Australia’s unemployment rate hits a thirteen year high. Potential explanations include the fact Western Australia has a resource-based economy which is currently undergoing a transition from a construction phase to a production phase. The fact that there are still more people participating in the workforce than ever before is proof of the state’s healthy economy.

BUSY At Work CEO, Paul Miles, said that while yesterday’s employment figures demonstrate Australia is heading in the right direction, there is still work to be done to ensure a stronger labour force and a more sustainable economy.

Paul stated that he was ‘particularly pleased to see a fall in youth unemployment as our organisation regularly hears from young people how hard it is at the moment to find an entry level position’.