Unemployment rate falls to a two and a half year low 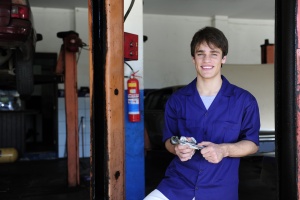 Labour force figures released yesterday by the Australian Bureau of Statistics show that unemployment has fallen by a further 0.1 per cent to now stand at 5.7 per cent in February 2016. This is the lowest it has been in two and a half years.

In more encouraging news, the youth unemployment rate has also fallen by 0.2 per cent over the last month to now stand at 12.0 per cent.

The Minister for Employment, Senator the Hon Michaelia Cash, said that the re-balancing of growth, away from the mining industry and more towards the labour intensive services sector, was set to continue, highlighting the Government’s commitment to creating more jobs for all Australians.

The participation rate remained steady at 64.9 per cent this month, equal to what it was in March 2015.

BUSY At Work CEO, Paul Miles said that it was a delight to see Australia’s unemployment rate continue to decline.

“There is increased activity in the construction industry attracting national and international investment delivering new job-creating projects and infrastructure. These projects lend themselves to hire apprentices and trainees which will ensure an ongoing focus on youth unemployment as it still remains a significant issue across Australia.

“As a strong advocate for apprenticeships and traineeships we are calling on all employers to take on an apprentice or trainee and help build a robust and skilled workforce,” Mr Miles said.