Unemployment rate lowest in half a decade 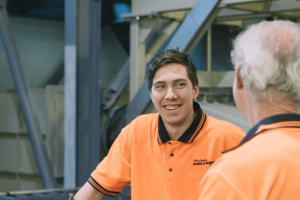 The latest labour force figures released by the Australian Bureau of Statistics (ABS) has revealed the trend unemployment rate was 5.4% in the month of June 2018, making it the lowest rate in over five years.

Chief Economist for the ABS, Bruce Hockman stated “over the year to June, the unemployment rate declined by 0.2 percentage points. This continues a gradual decrease in the trend unemployment rate from late 2014 and is the lowest rate since January 2013”.

Year-on-year growth in trend employment was above the 20 year average in all states and territories except for Victoria and Western Australia. The three states and territories with the strongest annual growth in trend employment over the last year were New South Wales (3.7 per cent), Australian Capital Territory (2.9 per cent) and Queensland (2.6 per cent).

For the month of June, Queensland had an increase in 3,900 jobs across the state.

Queensland’s Deputy Premier and Treasurer Jackie Trad said “these aren’t just numbers, they are people – they are Queenslanders who have found a place in our economy”.

Managing Director for BUSY At Work Paul Miles said he was pleased to hear that Australia’s unemployment rate continues to decline.

“We’re starting to see some significant skills shortages in Australia so now is a great time to consider taking on an Australian Apprentice or trainee for your workplace” Mr Miles said.

“Hiring an Australian Apprentice or trainee not only gives business owners the additional help they need to grow their business, it is also a fantastic way to ensure we have a skilled and knowledgeable labour force for our future, keeping unemployment rates low across the nation” Mr Miles said.

Hiring an apprentice or trainee enables you to build the skills you need within your organisation to prevent skill shortages for your industry in the future.

For more information about taking on an apprentice or trainee, please call 13 28 79 or visit our website www.busyatwork.com.au