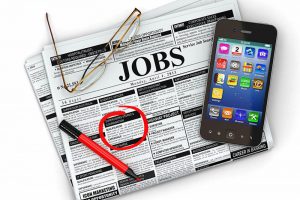 The latest data from the Australian Bureau of Statistics (ABS) has seen the monthly trend for full-time employment increase for the 11th consecutive month.

ABC news reported that the full-time employment figure was more than three times higher than expected by most economists. The report attributed the increase in full time employment to the level of job creation exceeding the population growth, rising at a four-and-a-half-year high.

“The underemployment rate is an important indicator of the spare capacity of workers in Australia, and it has remained at 8.7 per cent, a historical high, for the third consecutive quarter,” Mr Hockman said.

“While it’s good to see the increase in job creation we need to realise that as this part-time trend continues, our underemployment rate is now at a serious high.

“In order for our economy to grow, Australia needs to have a skilled and knowledgeable workforce and full-time positions in apprenticeships and traineeships can provide this.

“The 15-24 years age group has consistently had the highest underemployment rate and this youth is our future.

“People affected by underemployment are missing out on the fundamental opportunities to live their desired financial lifestyle.

“There are some fantastic incentives available now for small and medium size businesses including the Back to Work and the $20,000 Youth Boost for regional Queensland,” Mr Miles said.
Over the past year Queensland showed the second strongest growth in employment (3.7 per cent) just behind Tasmania (4.0 per cent).

Queensland Employment Minister Grace Grace said the Government is committed to directly supporting employers and new employees through the Back to Work program, offering incentives up to $20,000 for taking on previously unemployed job seekers.

“Our incredibly successful ‘Back to Work’ program is now available statewide, after proving enormously successful in regional centres, and has seen more than 7,500 Queenslanders secure jobs.

“I urge more employers to take advantage of the Back to Work program and give unemployed Queenslanders a start to their careers or help unemployed workers back into the work force.”

For further information about apprenticeships, traineeships or the Back to Work ‘Youth Boost’ scheme visit www.busyatwork.com.au/backtowork

Underemployment, refers to those in the employed population who are willing and available to work more.

Source:
ABS
ABC News
statements.qld.gov.au
More details are in the August 2017 issue of Labour Force, Australia (cat. no. 6202.0). In addition, further information, including regional labour market information, can be found in the upcoming August 2017 issue of Labour Force, Australia, Detailed – Electronic Delivery (cat. no. 6291.0.55.001), due for release on 21 September 2017. Labour Force, Australia, Detailed, Quarterly (cat. no. 6291.0.55.003), which includes employment by industry, is also due for release on 21 September.
These publications are available for free download (after release) from the ABS website: http://www.abs.gov.au