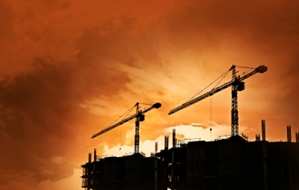 Queenslanders are being sought to work on Curtis Island.

Queenslanders interested in pursuing apprenticeships in the Sunshine Coast are urged to apply to work on one of Australia’s largest construction projects – Gladstone Curtis Island.

Alan Sparks, program director of the National Apprentice Program, told ABC today (April 2) that they are looking to take on at least 100 workers by the end of the week.

“Gladstone is probably one of the largest construction projects in Australia. It’s [worth] over $50 billion; three gas plants are being built there on Curtis Island as part of the coal seam gas projects for Queensland,” Mr Sparks explained.

A wide range of skills are being sought after, he said, adding that the need for experienced and talented workers will build up significantly between now and December 2014.

Mr Sparks said this round of recruitment focuses on upskilling staff and also enrolling more people into mature age apprenticeships.

“The National Apprenticeship Program is all about upskilling Australians for Australian jobs. We’ve discovered across the population centres that there is a significant amount of untapped … talent, skills and experience in older people,” he remarked.

Applications close April 7 – for more information or to apply for these apprenticeships please visit the National Apprenticeships website.