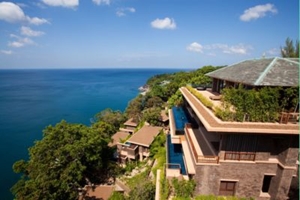 A billion-dollar resort earmarked for Queensland will create thousands of jobs in the region.

With its thriving resource sector and string of major developments earmarked across the state, Queensland is emerging as the employment capital of Australia.

The project will bolster the local construction and tourism sectors, creating thousands of jobs in Queensland as a by-product.

“There is a billion dollar investment at stake here and more than 3,000 jobs were riding on the outcome – the jobs of the 2,500 construction workers and the 670 hospitality staff and other workers who will build, operate and occupy this development,” Mr Seeney explained.

The new Jewel resort will be located on Old Burleigh Road and will consist of three high-rise buildings including office and retail space, a hotel and apartments.

“The establishment of a new hotel resort and residential apartment will be welcomed by the Surfers Paradise construction and tourism industries,” he said.

The local government approved the project with 124 conditions, including minimum noise and privacy impact on surrounding neighbours.