$20,000 Youth Boost incentive extended for Employer for another 8 months 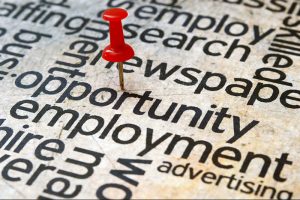 The State Government today announced they have extended their offer of $20,000 for employers hiring staff aged between 15 and 24 years in regional Queensland for another eight months.

The $20,000 Youth Boost payment is specifically targeted towards employers who hire unemployed youth aged between 15 to 24 during the eligibility period between 1 December 2016 and now extended to 31 October 2017 (inclusive).

Payments are available for apprenticeships and traineeships where the employer is not eligible for Queensland’s Apprentice Trainee rebate for payroll tax.

BUSY At Work CEO Paul Miles said this was great news for regional Queensland. “This is a fantastic boost for our small businesses in regional Queensland where many are struggling to employ staff. It is also a great win for youth today giving them a chance for employment,” Mr Miles said.

Back to Work aims to give businesses the confidence to employ job seekers in Queensland regions, with a focus on disadvantaged job seekers and provide an economic boost to regions facing challenging times.

Already, there has been 902 applications for the Youth Boost – 365 approved across 256 employers with another 537 applications pending.

The following regions are eligible regions

Payments are made directly to you – the employer! And the first payment is made after 4 weeks of continuous employment.

Payments are made in three parts: