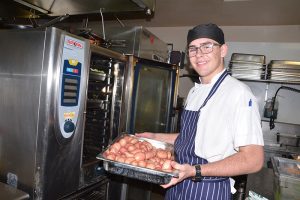 According to figures released by the Australian Bureau of Statistics (ABS) today, full-time employment has increased for the 13th consecutive month.

“Full-time employment has now increased by around 289,000 jobs since October 2016, and makes up the majority of the 347,000 jobs net increase in employment over the period,” Chief Economist for the ABS, Bruce Hockman, said.

Minister for Employment, Senator the Hon Michaelia Cash, welcomed today’s positive figures, highlighting that more Australians are now in full-time work than ever before.

“This is great news for Queensland and Australia’s economy and indicates strong confidence in the business sector.

“Full-time employment is the foundation for Australia’s workforce and in order to build a sustainable workforce we need to protect the future of our youth.

“There are many people working in part time jobs who are really struggling to make a living, due to the lack of hours.

Full-time employment such as apprenticeships and traineeships provide security for both the employee and the employer,” Mr Miles said.

The Government have some attractive incentives available aimed to decrease unemployment and help small to medium size businesses.

“There are a number of financial incentives available for businesses, some very enticing, including the $20,000 Youth Boost incentive for employers willing to take on young people aged between 15 and 25, or other job seekers who have been out of work for over twelve months.”

The Youth Boost initiative is part of the Queensland Government’s Back to Work Program which provides support for employers who are willing to hire long term unemployed or young unemployed job seekers.

For further information about apprenticeships, traineeships or the Back to Work ‘Youth Boost’ scheme, please call 13 BUSY (13 28 79) or visit www.busyatwork.com.au.

More details are in the October 2017 issue of Labour Force, Australia (cat. no. 6202.0). In addition, further information, including regional labour market information, can be found in the upcoming October 2017 issue of Labour Force, Australia, Detailed – Electronic Delivery (cat. no. 6291.0.55.001), due for release on 23 November 2017.