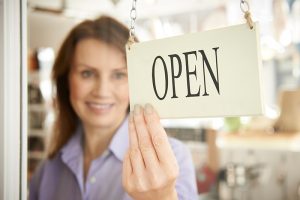 “Full-time trend employment has now increased by around 308,000 jobs since November 2016, and makes up the majority of the 371,000 net increase in employment over the period,” the Chief Economist for the ABS, Bruce Hockman said.

ABC News reported that while many extra jobs were added, unemployment did not fall due to the fact that the proportion of people in work or looking for work jumped to 65.5 per cent.

More important still is that two-thirds of those were full-time positions (41,900).

Further to the ABC report, Kate Hickie from Capital Economics summed up this year’s run of jobs data.

“It has been a stellar year for the labour market, which should provide some support to income growth,” she wrote.

The report also quoted CommSec’s senior economist Ryan Felsman who said there is a jobs “record in sight”.

BUSY At Work’s Managing Director, Paul Miles said he was pleased to see that full-time employment was continuing to increase.

“BUSY are strong advocates for apprenticeships and traineeships which provide the security of full-time employment. Getting a trade can provide long-term sustainable careers and help set people up for life.

“It’s very gratifying to see our former apprentices or trainees setting up their own businesses and now hiring their own apprentices and trainees.

“These businesses are the backbone of the Australian economy and will continue to provide future employment for our youth,” Mr Miles said.

Both Federal and State Governments provide a range of incentives to assist businesses to employ more apprentices and trainees.

For further information about apprenticeships or traineeships call 13 BUSY (13 28 79) or visit www.busyatwork.com.au