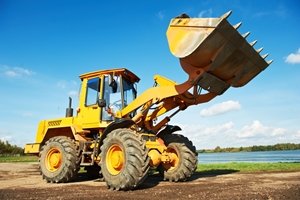 The state government is expediting construction projects in Cairns.

Multiple projects in Cairns will share $60 million in accelerated funding in order to fast-track the creation of jobs in Queensland. According to the state government, site works on some of the initiatives are likely to start this week (February 1).

Curtis Pitt, Queensland Treasurer and Member for Mulgrave, said the first scheduled project is the $25 million Cairns Special School. He said Hutchinson Builders had signed the contract for the job in late January, so work could begin immediately, weather permitting.

“This is about fast-tracking jobs and economic activity by getting projects like the $25 million Cairns Special School underway as soon as possible,” he commented.

“Our accelerated $60 million pipeline of works will support more than 150 full-time equivalent local jobs across the Far North.”

He added that the school had been a “critical project” for many years, and he is proud the Queensland government will finally proceed with development.

The Cairns Special School is set to support 70 jobs in the state during the construction phase, but Mr Crawford implied this is just the start of employment growth in Far North Queensland.

Other projects include $13 million worth of repairs to the Cairns Convention Centre roof, a $12 million renovation of the Ergon depot at McLeod Street and Lake Street, and $4.5 million for a replacement Gordonvale police station.

These projects are part of the wider Accelerated Works Program, which is expected to create 430 jobs in North Queensland. The schemes will provide a boost for the construction industry, while also potentially providing more apprenticeships and traineeship opportunities.

Premier Annastacia Palaszczuk said: “I pay tribute to Curtis, Rob and Craig for their strong advocacy for projects and jobs in their communities.”

Ms Palaszczuk also called on the federal government to work with state officials to ensure accelerated projects can be expedited across Queensland.