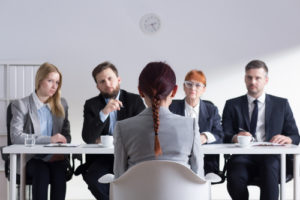 After the slight increase in March unemployment rate which rose from 5% to 5.1%, another rise in April, creeping up to 5.2% is a concerning trend, according to the latest information released by the Australian Bureau of Statistics (ABS).

Once again, a two-speed economy is evident with New South Wales and Victoria still experiencing strong job markets. In the past month however, unemployment has risen in every state except for Queensland which is now sitting back under 6%, attributed to a decrease in people looking for work in that state.

The rate is still 0.4% lower than the same time last year and over the past year the unemployment rate has fallen in NSW, Victoria, Western Australia and Queensland but has risen in the ACT, Tasmania, the Northern Territory and South Australia.

Paul Miles, Managing Director at BUSY At Work stated “Skilling Australians is the key to addressing unemployment and with the recent Federal budget announcement of a $525 million investment into the vocational education sector, including the incentive for businesses in identified skills shortage industries to employ an apprentice or trainee now doubling in amount to $8,000 from July 1, it is clear that the focus is on skills growth”.

“Currently, there are Australian industries experiencing skills shortages, some employing skilled workers from overseas to fill the gap. Investing in Apprenticeship and Traineeship placements is crucial for industry growth and a strong Australian workforce”, Paul further stated.

Occupations on the Additional Identified Skills Shortage (AISS) payment, which attracts up to $8,000 incentive to employers and a $2,000 incentive to persons undertaking apprenticeships ($1,000 after first year completion and $1,000 on completion of the qualification) include:

Further information regarding Australian Skills Shortages and the industries seeking skilled workers can be found on the National Skills Needs List.

More information regarding employing an apprentice or trainee in your workplace can be found on the BUSY At Work website at www.busyatwork.com.au