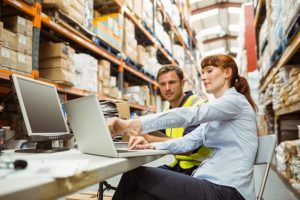 Australia’s job growth has hit an all-time historic high with four decades of consecutive monthly growth, the longest unbroken period of growth recorded since the Australian Bureau of Statistics (ABS) started collecting data back in 1978.

However, although there are more jobs it did not stop the unemployment rate creeping up slightly to 5.5% during December 2017.

“While we are seeing continual growth in the job front, we need to be mindful that many of these jobs are part time and our unemployment rate is still too high.
“Now is not the time to sit on our hands. The government has some excellent incentives at present to help businesses employ people and in turn, help grow their business.

Queensland Premier Annastacia Palaszczuk also today welcomed the news that there were 143,900 jobs created in Queensland since January 2015.

“As the ABS has stated today, ‘the highest annual employment growth rates were in Queensland and Australian Capital Territory (4.6 per cent), followed by New South Wales (3.5 per cent)’,” Ms Palaszczuk said.

“Since becoming Premier, I have made sure that we have had a strong focus on supporting economic opportunity and jobs growth.

“That’s why we have a four year, $44 billion infrastructure program and why we have successful programs like Skilling Queenslanders for Work and our very successful Back to Work program,” Ms Palaszczuk said.

BUSY At Work is an Australian Apprenticeship Network Provider offering free recruitment services for employers and career advice to job seekers.
BUSY has over 40 offices throughout Queensland, Western Australia, Victoria and New South Wales.
For more information about Back to Work or Skilling Queensland for Work call on 13 28 79 or check out our website www.busyatwork.com.au