Australia’s unemployment rate at 5 per cent 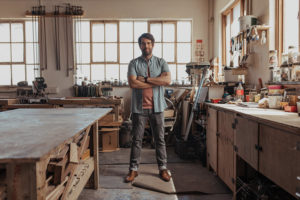 Australia’s unemployment rate has hit a six and half year low at 5 per cent according to the October figures released today by the Australian Bureau of Statistics (ABS).

The seasonally adjusted number of jobs increased by around 32,800 and participation rate increased to 65.6 per cent.

According to the ABC News report, Indeed’s Asia-Pacific economist Callam Pickering described the figures as positive and said they consolidated recent gains.

“Full time roles have accounted for 83 per cent of employment growth throughout 2018, after accounting for three-quarters of growth last year,” Mr Pickering said.

“Being a strong advocate of the Australian Apprenticeship system, I urge all businesses to consider hiring an apprentice as it’s not only a viable career option it also helps to create a trained and skilled workforce,” Mr Miles said.

BUSY At Work is a leading provider of Australian Apprenticeship Support Services and has helped thousands of businesses recruit and employ suitable job seekers to secure apprenticeship and traineeship positions.

For more information about hiring an apprentice or trainee, head to our website here. To contact BUSY At Work, simply call 13 BUSY (13 28 79) between 8am – 8pm, Monday – Friday EAST.

More details are in the October 2018 issue of Labour Force, Australia (cat. no. 6202.0). In addition, further information, including regional labour market information, can be found in the upcoming October 2018 issue of Labour Force, Australia, Detailed – Electronic Delivery (cat. no. 6291.0.55.001), due for release on 22 November 2018.