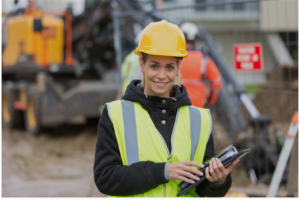 Figures released by the Australian Bureau of Statistics (ABS) yesterday have shown an increase in 5,600 jobs from August to September, contributing to the lowest unemployment rate in over 6 years.

The 0.3 per cent decrease in the seasonally adjusted figures brought the unemployment rate down to 5.0, with the labour force participation rate standing at 65.4 per cent after a 0.2 per cent drop.

Federal Treasurer, Josh Frydenberg said the falling unemployment rate was cause for celebration.

“Full time employment [is] up by 20,000*, these numbers are consistent with the momentum we see in the economy.”

In seasonally adjusted terms, Victoria showed the largest increase in jobs (20,000), followed by Western Australia and New South Wales up 3,100 and 2,800 jobs respectively. The participation rate dropped in all states except for Victoria, with the largest decreases being in Queensland (down 0.6 per cent) and Tasmania (down 0.4 per cent).

BUSY At Work Managing Director, Paul Miles said he was pleased to see the unemployment rate drop to a 6.5 year low, especially with such a significant increase in female full time employment.

“It’s great to see a consistent increase in full time jobs across Australia, particularly a hike in female full time positions and participation”.

“I would encourage all businesses to consider taking on an apprentice or trainee while the economy is consistently strong.”

For more information about the different apprenticeship and traineeship opportunities that are available, head to our website. To contact BUSY At Work, simply call 13 BUSY (13 28 79) between 8am – 8pm, Monday – Friday EAST.

More details are in the September 2018 issue of Labour Force, Australia (cat. no. 6202.0). In addition, further information, including regional labour market information, can be found in the upcoming September 2018 issue of Labour Force, Australia, Detailed – Electronic Delivery (cat. no. 6291.0.55.001), due for release on 25 October 2018.