Automation skills in demand in the mining and construction sectors 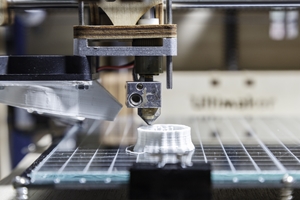 Automation is now a key part of industry technology.

Over recent years, the in-demand skills of those seeking apprentices in Queensland have dramatically changed. For candidates wanting a successful career in mining or construction, it is important to keep up with these trends.

The latest concept to feature in the news is automation and robotics. With the advent of technology to streamline business processes, these skills could be key for apprentices in the near future, at least according to one industry expert.

Australian engineering firm Hedweld is expanding its facilities and part of this process includes investing in new automation and robotic technology to help simplify operations. This expansion, covered by a federal Manufacturing Transition Program, will be open next year and could provide an insight into how the sector will develop in the future.

Despite the benefits of automation and robotic technology in industries, Hedweld’s General Manager Chris Eccleston explained to the ABC that skill sets will need to adjust in order for Australia to take full advantage.

“Automation is the way of the future and manufacturing, and we need to be able to have those skills in our tradespeople,” he said.

“If we hadn’t have done it, no we probably wouldn’t be in the game as far as manufacturing goes in the future. It’s not just about the investment in the technology, it’s about collaboration with other businesses, and diversification into other sectors.”

Hedweld is not the only entity calling for better skills in relation to new technology. The Australian Council of Learned Academies (ACOLA) last month released a report highlighting the disruptive role of technology in industries such as transportation and mining.

Australia’s Chief Scientist Professor Ian Chubb explained that adopting new skills will put the country in a better position among its peers.

“We need to be agile as a nation and we need to decide whether we want to equip ourselves with the skills and knowledge to forge our future or allow others to impose a future on us,” he said.

“In reality, of course, there is no choice about whether – the only choice is about how.”

Apprentices represent the new generation of the Australian workforce and will play a critical role in ensuring new technology is both adopted and utilised best. As such, it is vital apprentices keep up with latest in-demand skill sets relevant to their gateway career.