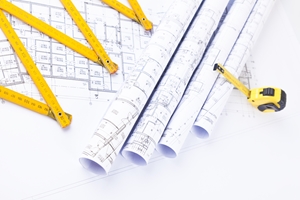 Confidence has climbed in construction in Australia.

Released on April 24, the Master Builders National Survey of Building and Construction shows confidence in the industry lifted about 60 points for the first time since March 2008. The figure is now well above the neutral 50 mark after three consecutive quarters of growth.

This result is encouraging for both organisations and individuals seeking work in this sector, as increased confidence often leads to business expansion and increased investment.

Master Builders Chief Economist Peter Jones explained that the increases in confidence are expected to continue throughout 2014, leading to strong growth across the construction industry in Australia.

“The survey for the March quarter … finds that building activity in 2014 is set to continue its rebound on the back of improved confidence in residential building,” he said in an April 24 media release.

“Results for the March quarter show that we are beginning to see signs of the stronger confidence necessary to underpin a sustained recovery.”

The Master Builders’ survey saw key industry indicators continue an upward trend, while other index factors climbed above the 50 mark for the first time in years.

“For the first time in nearly three years, the proportion of builders reporting higher sales jumped above 20 per cent and builders reported improved profitability of their own businesses crept into positive territory,” Mr Jones revealed.

Other important indicators reporting growth include business conditions, job prospects and apprenticeships in traineeships in Queensland and other states.

The job prospect indicator climbed significantly over the past year, from a low 40 points to 50.2 in March this year. This level indicates most employers plan to keep staff levels steady over the next quarter. The apprentice index also rose during the previous quarter, with 22.2 per cent of businesses agreeing they are likely to hire more apprentices and trainees this year.

In terms of challenges facing the industry, finding skills labour is still regarded as one of the biggest difficulties slowing growth in the construction sector. While the degree of difficulty decreased during the March quarter, there are still significant gaps in the construction labour force.