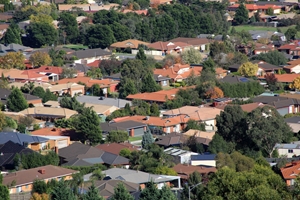 Improved housing is a vital part of Cape York's future.

As Cape York is one of the most remote locations on mainland Australia, it is important that the state government and local councils continue to support employment opportunities for the region’s growing Aboriginal population.

With housing a major issue in Far North Queensland, much of these roles relate to the ongoing subdivision works at remote Aboriginal townships across Cape York. Over recent months, subdivision works have been conducted at Wujal Wujal, Hope Vale, Mapoon and Napranum with the bulk of this construction almost finished.

However, the success of these projects will promote further opportunities in the future, Minister for Aboriginal and Torres Strait Islander Partnerships Curtis Pitt revealed recently.

“The Palaszczuk Government is supporting the investment of more than $5 million in housing subdivisions in these remote communities to address critical housing needs and also deliver training opportunities for local workers to build new career paths,” Mr Pitt said.

“Not only will there be work during the construction of this new land development, but we are committed to helping those involved continue into long-term employment on future projects as well.”

During the announcement of further investment in Cape York, Mr Pitt talked about the work at Wujal Wujal. The first part of the $1.8 million five-month project was completed in October with planning already started for after the wet season.

Social housing and subdivisions will play a critical part in construction employment roles in the Cape York region. According to the Queensland government, there is a multi-million package established for the Northern Peninsula Area which includes civil works and roadworks to link to the new infrastructure.

The Cape York Regional Plan, published in August 2014, also outlines the need to make improvements to the area’s roading infrastructure due to the threat of flooding, particularly during the wet season.

“Improvements to the Peninsula Development Road and community access roads are critical for more efficient, affordable and safe freight and personal transport and for supporting economic growth aspirations,” the report read.

With employment vital to growing this part of Queensland, the continued plans to improve Cape York should provide future apprenticeship and traineeship opportunities in the near future.