Casino venture ‘will create thousands of traineeships in Brisbane’ 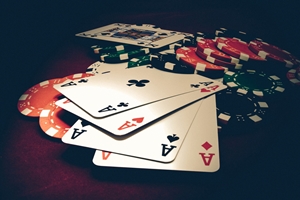 According to the Brisbane Times, the organisation plans to build six hotels in the Queensland capital. As part of its bid, Echo is teaming up with TAFE Queensland and will train 8,000 employees if the company is successful.

The second bidder, Greenland Crown Resort consortium, is headed by Crown Resorts, which operates casino centres across Melbourne and Perth, as well as in London and Macau. It also has plans for Sydney.

Crown confirmed it would build a hospitality college in Brisbane, modelled on existing facilities in Melbourne and Perth. The company’s Melbourne college has already trained 5,000 employees.

A win for Indigenous employment

Chief Executive of Crown Resorts Rowen Craigie said his firm would also partner with local TAFEs and schools to ensure there is an extensive apprenticeship and school-based traineeship scheme run in Brisbane.

“As a part of the partnership, Greenland Crown will work with the Broncos and the FOGs (Former Origin Greats) to help deliver training, mentoring and employment opportunities for Indigenous Australians,” he explained.

“By working with organisations like the Broncos and FOGs, the Greenland Crown integrated resort will make long-term jobs for indigenous Australians a centrepiece of its employment strategy.”

Echo Entertainment Group Queensland Managing Director Geoff Hogg said his business is keen to train “the next generation” of the state’s tourism and hospitality workers.

He argued that Echo’s plans for Brisbane’s entertainment and casino complex are larger in scale, with multiple strategic partners.

“Students will be trained across food and beverage courses, hotel and entertainment, gaming, security and management programs,” he commented.

“So we are already spending $345 million expanding on the Gold Coast for 2017, recruiting more employees, and we will be expanding our training.”

Jodie Schmidt, TAFE Queensland chief executive, told the Brisbane Times that a formal memorandum of understanding has been signed between TAFE and Echo Entertainment.

She added that Echo could offer traineeships in hospitality that are “second to none”.