Are you chucking it? The top industries for sickies in Australia 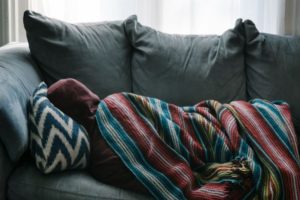 According to some experts, Australians are some of the worst in the world when it comes to chucking a sickie and data reveals only 52% of workers were genuinely sick when they took their sick leave. The average Aussie worker takes 9.7 days of sick leave per annum and absenteeism directly costs organisations approximately  $3,608 per worker per annum. It’s no surprise that the annual cost of absenteeism to the Australian economy is thought to be in excess of $44 billion.

While Australia is leading the pack internationally when it comes to absenteeism, within our own workforce some industries are more likely to chuck a sickie than others.

PR, Advertising & Marketing appears to be the worst industry for calling in sick with 23% of employees in these areas owning up to taking an illegitimate day off work. Finance workers show similar stats with 23% admitting to chucking a sickie while only 13% of hospitality workers admitted to having a day off for a fake illness.

With such high rates of absenteeism, it’s worth asking whether we are all a pack of bludgers or if there is something bigger at play.

Research shows that sick leave is higher in industries where workers need to meet quota requirements on outputs and where workplace tasks are repetitive, menial or stressful. This is unsurprising- lower job satisfaction or toxic workplaces can lead to more serious mental or emotional issues. Well-being experts attribute these absenteeism rates as a result of our excessive, which is leading to burnout and blurred lines between work and personal life that has come as a result of technology ensuring we are always switched on.

However, there is also the argument that the rate of sickies is thanks to a sense of entitlement among employees and a lack of flexibility from employers. This ‘entitlement culture’ is where employees see their ten days of sick leave a year as a guaranteed entitlement, rather than a fall-back in the case of genuine illness.

Either way, boosting workplace morale and general culture appears to have a link to overall health and productivity. The 2016 APS Employee Census data suggests that employees with higher engagement levels take fewer days of sick and carer’s leave  so it’s worth investing in strategies to creating a positive workplace culture and adapt policies that address mental health issues.