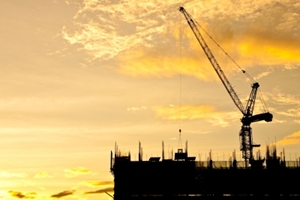 2014 has been dubbed the 'Year of the Crane' in Queensland.

Forget the Year of the Horse, Gold Coast Mayor Tom Tate has dubbed 2014 the ‘year of the crane’ – the construction crane, that is.

Those participating in building apprenticeships in Queensland may have already noticed the steady increase of demand in the property and construction sectors.

Dwelling approvals are now at their highest levels in almost six years, according to Treasurer Tim Nicholls, and the proof is in the number of construction cranes scattered across the state.

“A traditional indicator of a city’s economic activity and health is the number of cranes on its horizon,” Mr Tate said in a January 31 media release.

“We know that there are more than nine cranes around the city, signalling the Gold Coast is well and truly open for business.”

Overall, trend dwelling approvals rose by 3.8 per cent in December 2013 to reach the highest level since March 2008. This marks two years of consecutive monthly increases, with approval levels now 58.6 per cent higher than in December 2011.

“This figure was driven by private other dwelling approvals, such as townhouses or apartments, which were 93.2 per cent higher over the year and at a record level in December 2013,” Mr Nicholls said.

In particular, those interested in Gold Coast apprenticeships should benefit from a number of multi-storey dwelling projects proposed, approved or currently underway in the area.

These projects include the Sundale Tower and Apartments, which is a $400 million, 55-storey building with shops attached that’s currently being constructed in Southport.

Additionally, an impressive $900 million has been committed to building the Jewel High Rise complex in Surfers Paradise and 100 new dwellings are expected to be completed as part of a $370 million project – the Cypress Central in Carrara.

These dwelling approvals collectively added more than 1,199 new and potential units in 2013.