Construction activity picks up in Queensland 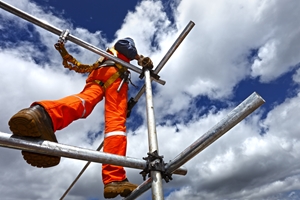 Looking for a construction apprenticeship in Queensland?

Figures from the Australian Bureau of Statistics show dwelling approvals across Australia rose by 1.3 per cent in January this year. Queensland approvals experienced an above average growth – climbing by 2.6 per cent over the same period.

Treasurer Tim Nicholls expressed his commendation for this improvement, attributing the rise to the Newman Government’s delivery of its promise to ‘supercharge the economy’.

“Our Government’s disciplined plan to cut red tape, reduce the cost of doing business and speed up approvals is continuing to strengthen the property and construction sector, one of Queensland’s four economic pillars,” Mr Nicholls said in a March 4 media release.

After 24 months of consecutive growth, the total number of trend dwelling approvals in January 2014 had leapt 64.3 per cent higher than in January 2012.

In particular, the approval of construction projects intended to build private ‘other’ dwellings, such as townhouses and apartments, is trending 90.3 per cent higher than this time last year.

The strongest growth was recorded on the Gold and Sunshine Coasts, where approvals almost doubled over the past 12 months. This is encouraging news for those seeking construction apprenticeships in Brisbane and the Gold Coast.

“Overall the home building industry in Queensland is looking at a strong level of activity in 2014 and go some way to filling the investment gap from lower levels of resource industry spending,” Housing Industry Association’s Queensland Executive Director Warwick Temby explained.

Dwelling approvals and construction projects are expected to remain in strong favour over the coming months after the Australian Reserve Bank decided to leave the official cash rate at a historically low 2.5 per cent.

This decision should influence residential construction to remain steady as interest rates on mortgages and other lending become more affordable for Queensland households.