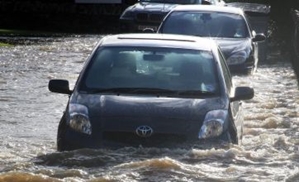 The Townsville crossing is prone to flooding.

Workers have begun construction on a $40 million upgrade to Townsville’s Bohle River crossing, a project that is expected to support more than 250 jobs in the area.

The crossing is located on Dalrymple Road, and the Australian government is contributing $20 million to the scheme. A further $5 million will come from the state government, while Townsville City Council is responsible for the balance.

According to the local authority, regional contractors and suppliers will be carrying out 90 per cent of the work, which could provide opportunities for apprenticeships in Townsville.

“Thousands of motorists use Dalrymple Road every day and the upgrade will ensure that it serves a vital and dependable role in the Townsville road network, particularly as the city’s northern suburbs expand,” said Federal Member for Herbert Ewen Jones.

“The upgrade is a substantial infrastructure project that will also provide a strong economic boost for Townsville during the construction phase.”

Approximately 110 direct jobs will be supported through the scheme, as well as 150 indirect roles. A side track is planned to prevent disruption to motorists during the construction period.

The council provided a tentative schedule for the project, claiming workers could be finished by the middle of next year, weather permitting.

One of the key objectives of the initiative is to shore up flood protection in the area. Extreme wet weather often prevents drivers from navigating Dalrymple Road effectively.

“This is an important upgrade for residents and visitors to our region. The two bridges will go a long way towards ensuring road users are able to access the heart of the city, particularly during the wet season,” she stated.

“As an added bonus, these works will create 150 indirect jobs for workers at a time when jobs and job security are more important than ever.”

Mr Rogers noted that the firm had already successfully completed a similar project in Townsville, delivering the Blakeys Crossing scheme $5 million under its $24 million budget.

The leftover money will now be funnelled into the Bohle River project, pending state government approval, to ensure taxpayers get maximum value for money.