Decline in Hours Worked – Due to Increased Sick Leave Over January 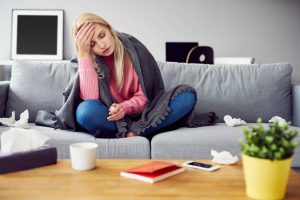 While the unemployment figure remains at 4.2% in January, overall hours worked in January fell by nearly 9%, largely due to holiday leave in the first two weeks of January but also a large increase in sick leave caused by the impact of the COVID Omicron variant over January.

Bjorn Jarvis, Head of ABS Statistics said, “Last year, in January 2021, the large 4.9 per cent fall in hours worked mainly reflected more people than usual taking annual leave. At that time there were relatively low numbers of active cases of COVID and only localised impacts.

To put that in perspective, according to the ABS, usually there are approximately 90,000 to 100,000 people in Australia away from work sick for an entire week during the Summer months of January. In January 2022 it was a whopping 450,000 people approximately (3.4% of employed people).

Despite the large amount of leave, employment in January increased by 13,000 people and pleasingly, youth unemployment fell 0.4% and participation rate fell by 0.7%.

Paul Miles, Managing Director of The BUSY Group stated, “January was an unusual month with the impacts of Omicron but it is great to see the unemployment rate remain steady and the increase in youth participation in the job market. With the increasing amount of employers taking advantage of the 50% wage subsidy for hiring an apprentice or trainee (due to end on 31st March), through the Australian Government’s Boosting Apprenticeship Commencements, there are plenty of apprenticeship and traineeship opportunities for job seekers.”