Despite another 18,000 new jobs unemployment increased to 5.6% 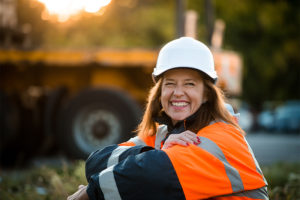 Data released today by the Australian Bureau of Statistics (ABS) showed despite an increase in jobs in February our unemployment rate still increased by a further 8,900 people looking for work.

The focus was on full-time jobs which increased by 64,900 however our part-time jobs decreased by 47,500.

Job numbers have now grown for a record 17 consecutive months in February 2018.

When reviewing monthly trend figures the unemployment rate has remained steady at 5.5 per cent.

“While the unemployment rate remained steady, the underemployment rate decreased by 0.1 percentage points to 8.3 per cent over the quarter, and is now at its lowest point since November 2015,” the Chief Economist for the ABS, Bruce Hockman, said.

Over the past year, the states and territories with the strongest annual growth in trend employment were the ACT (4.7 per cent) Queensland (4.6 per cent) and New South Wales (3.9 per cent).

Managing Director, BUSY At Work Paul Miles said it was encouraging to see the increase in full-time jobs.

“It’s pleasing to see there has been an increase in businesses taking on full-time employees.

“This indicates strong business confidence in the Australia’s economy although the overall figure in unemployment increased.

“Apprenticeships and Traineeships help create a skilled workforce and we want to keep this momentum of full-time employment going.

“I encourage all businesses who want to ensure a sustainable future to take advantage of the Federal and State Government incentives available as this can really make a huge difference to your bottom line,” Mr Miles said.

BUSY At Work’s team can provide up to date information on Federal and State Government funding including up to $20,000 for hiring youth and/or mature aged worker through the Back to Work funding and Savings on Payroll tax and Work Cover.

For further information about apprenticeships, traineeships or the Back to Work Youth Boost/Mature age scheme, visit https://busyatwork.com.au/backtowork//