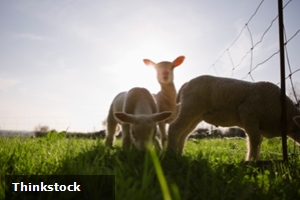 Former apprentice Alistair Keller finds that its all about the farm life after graduating, becoming the co-owner of a livestock company.

Alistair Keller is the sixth generation of his family to undertake a career on the land, with the teenager completing an Australian school-based apprenticeship in Agriculture in 2012.

Alistair was featured in a video at the Tribute to the Farmers match held over the weekend, between the Greater Sydney Giants and Geelong.

The video highlighted Alistair’s experiences as a school-based apprentice in the farming industry, with the 18-year-old also receiving the 2012 Australian School-based Apprentice of the Year Award.

He now co-owns his own livestock company after completing his two-year Certificate III in Agriculture apprenticeship.

“My apprenticeship allowed me to gain both a nationally recognised qualification and my Year 12 Certificate,” Alistair said via Australian Apprenticeships.

“It was a great experience and I want to tell as many people as I can in my position to give it a go – it has got me further than I could have ever imagined.”

As a business owner, some of his daily duties include breeding a wide range of show poultry, training cattle and sheep dogs, shearing, cropping and raising sheep.

If you’re still in high school, you can get your career started while still studying, with school-based apprenticeships available in a range of industries and job roles.