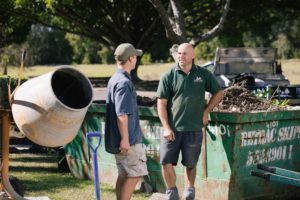 Figures released by the Australian Bureau of Statistics (ABS) this month have shown that seasonally adjusted employment has increased by 44,000 jobs, with 33,700 of those positions being full time.

This rise in jobs has meant that full time employment has increased by 202,100 since August 2017.

The Minister for Jobs and Industrial Relations, the Hon Kelly O’Dwyer MP, said that while ABS labour force figures can jump around from month to month, the data continues to reflect a strong labour market and highlights the success of the Government’s efforts to stimulate ongoing, sustainable jobs growth.

The unemployment rate has remained steady at 5.3% with the participation rate (those who are either employed or actively looking for work) increasing by .2 pts to 65.7%.

In seasonally adjusted terms, New South Wales saw the largest increase in employment with the labour force figures showing the state was up 43,200 jobs.

The unemployment rate increased in Western Australia (up 0.4%) and Queensland (0.2%) leaving both states at 6.4%. The remaining states saw a decrease in unemployment rates, with Tasmania down 0.5% and New South Wales and Victoria both falling by 0.2%.

BUSY At Work Managing Director, Paul Miles said he was pleased to see that full time employment continued to increase across Australia.

“We know that full time jobs create a strong, sustainable economy for Australia so it is fantastic to see an increase in 44,000 jobs, especially with the majority of them being full time positions.”

“Taking up an apprenticeship or traineeship is a great way for Australians to ensure full time employment and guarantee a long-term career” Mr Miles said.

“There are now over 600 apprenticeship and traineeship qualifications available across Australia so I would encourage all job seekers, as well as people who are looking at changing careers, to really take a look at the choices that are out there.”

For more information about the different apprenticeship and traineeship opportunities that are available, head to our website here. To contact BUSY At Work, simply call 13 BUSY (13 28 79) between 8am – 8pm, Monday – Friday EAST.

More details are in the August 2018 issue of Labour Force, Australia (cat. no. 6202.0). In addition, further information, including regional labour market information, can be found in the upcoming August 2018 issue of Labour Force, Australia, Detailed – Electronic Delivery (cat. no. 6291.0.55.001), due for release on 20 September 2018.